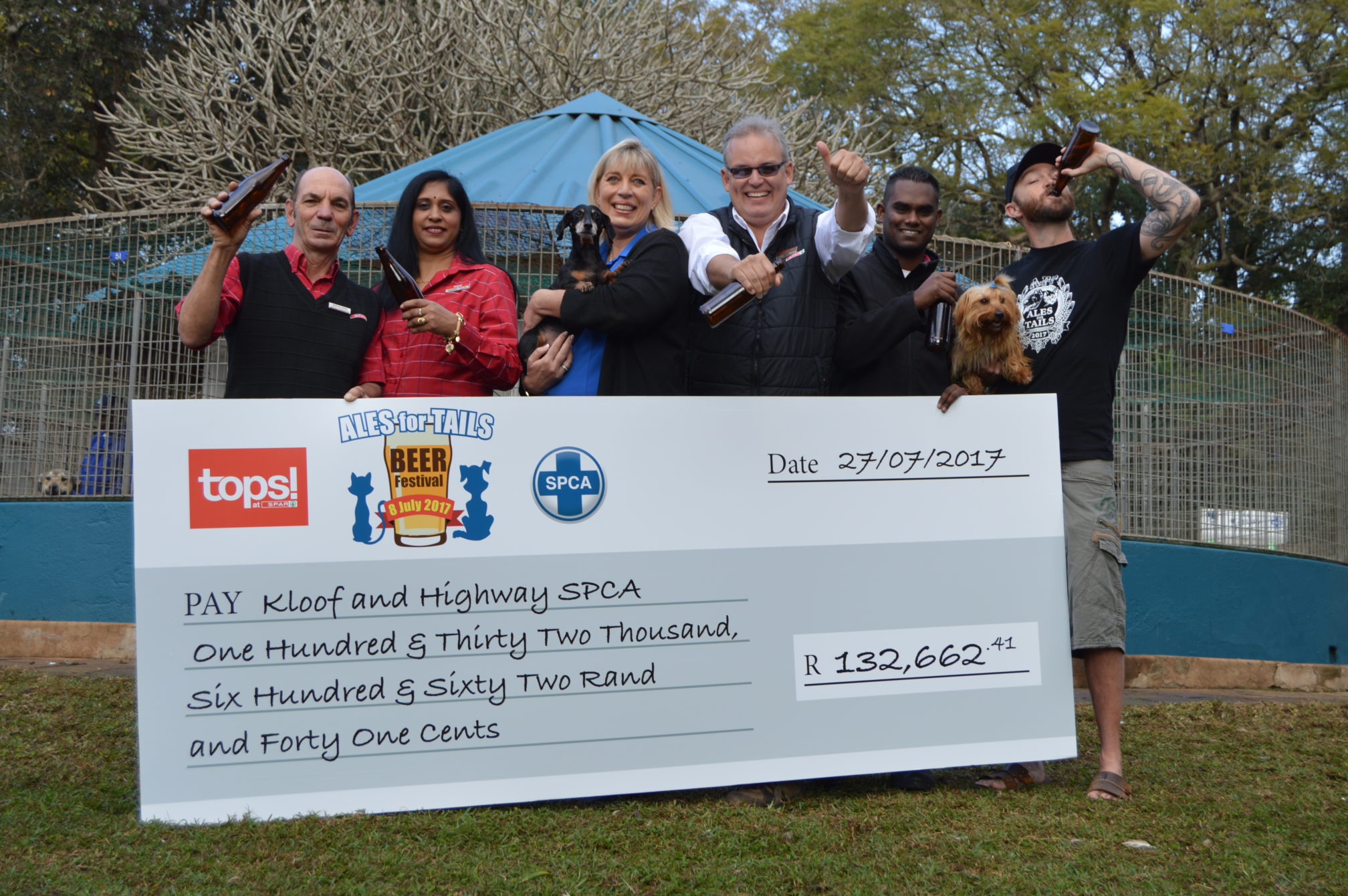 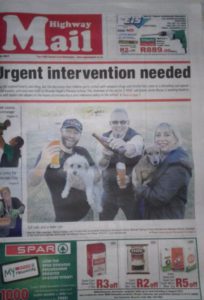 The second edition of Ales for Tails was held on the 8th July 2017 and proved to be an amazing success by nearly doubling the funds raised from the first event. 70 brews were donated and poured by home brewers to 400 craft beer lovers on the day. There were also over 200 non craft beer and non alcohol drinking attendees who had the option to drink a variety of SAB beer, wines, ciders and cold drinks. Sponsorship for the event was provided by the Tops Village Vineyard Kloof, Tops Old Highway Kloof and Tops Hillcrest and without their support the event would not have been such a success.

R132,662.41 was donated to the Kloof & Highway SPCA. The cash was raised from entry tickets, food & beverage sales and a raffle. The happy winner of the raffle was David Edwards who walked away with 365 craft beers which were donated by various breweries from around the country. 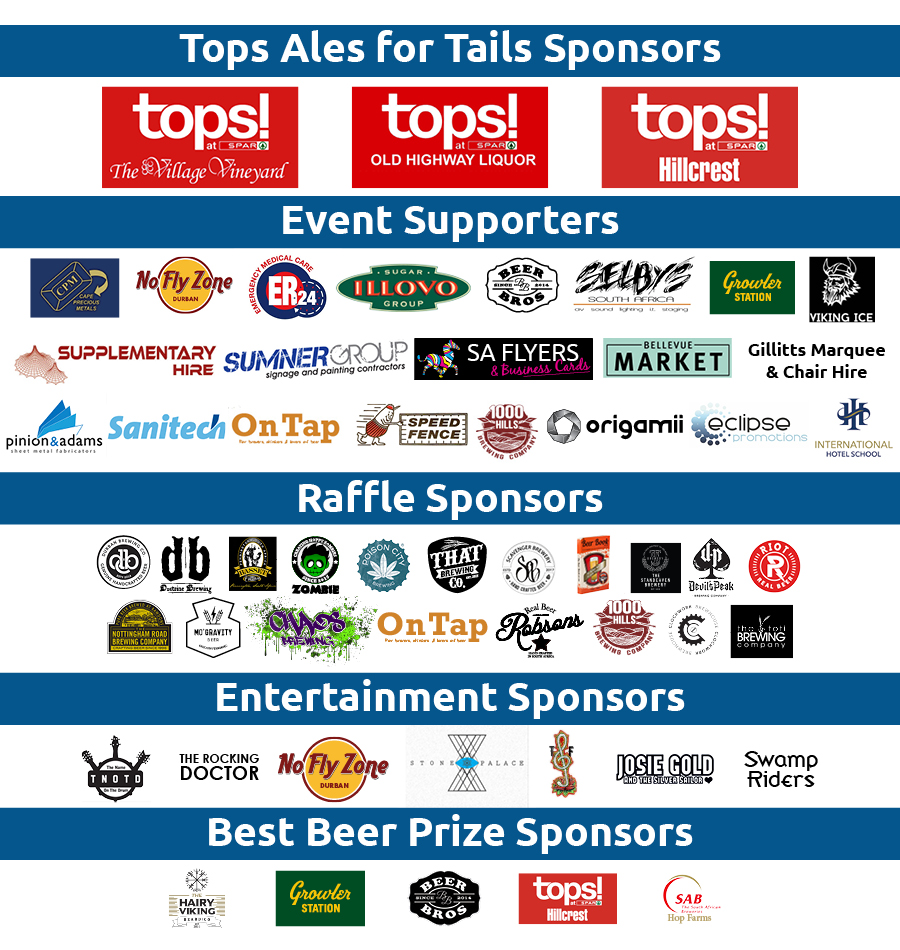 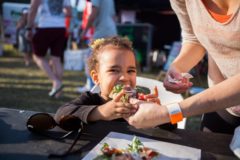 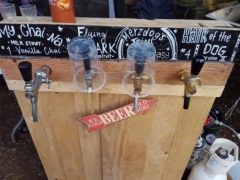 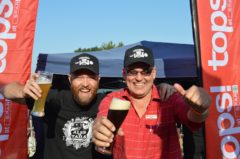 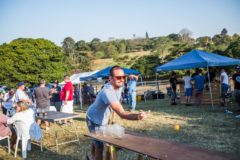 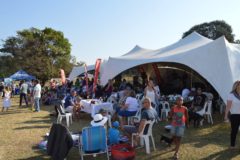 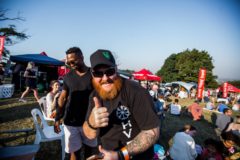 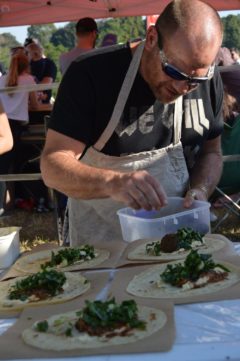 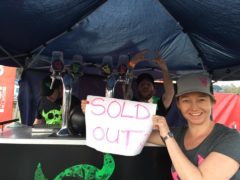 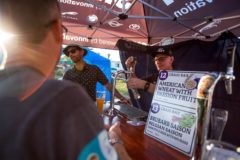 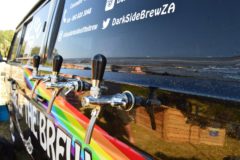 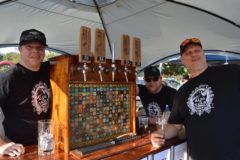 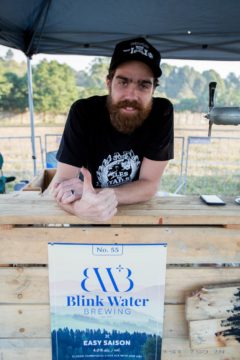 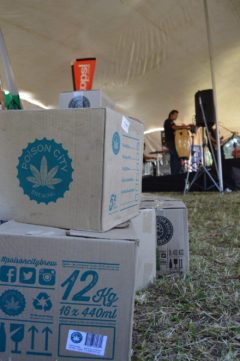 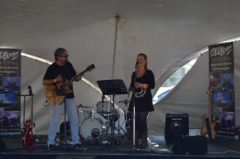 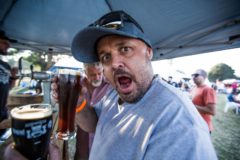 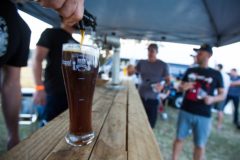 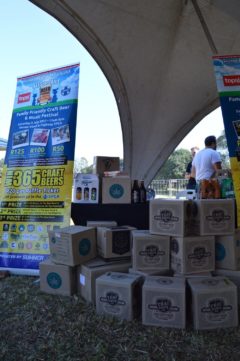 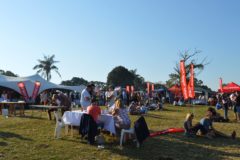 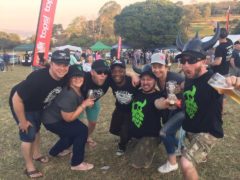